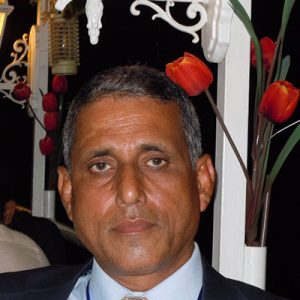 Srimoya Kar is a freelance journalist with 35 years of experience in print journalism. His last assignment was   Editor, The New Indian Express and in that capacity he oversaw the editorial operations in Odisha, undivided Andhra Pradesh, East and North East India. He is a well known journalist for his sharp socio-political analyses, unbiased views and wide ranging knowledge on a variety of subjects and issues.

A Post Graduate in English Literature from Vani Vihar, Utkal University,  he began his career as a Reporter in The Sambad in 1984 and then moved on to become the News Bureau Chief of The Suntimes before joining The Indian Express in 1991.  He   is associated with several premier journalism schools as a guest faculty, evaluator and course designer.

He is widely travelled and   has won many prestigious awards for his contribution to journalism.  A keen golfer, he loves reading, listening to music and doing photography.