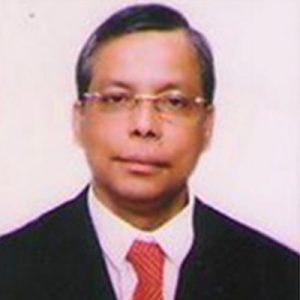 Bimal Kanti Sahu is a Career Officer from Group A service of the Government of India, who rose to the position of Insurance Commissioner of ESI Corporation under the Ministry of Labour. After serving as Head of Office in various states, he became one of the principal officers of ESIC, involved in policy formulation and implementation on social security at the national level.

He has had the privilege to represent India in ILO and ISSA Conferences in various countries since 2008. He has been engaged with business schools, like Balaji Pune, ASCI Hyderabad, IIM Bangalore, XIMB and KIIT. He is also associated with IRDA and UPSC, apex institutions of India.

He is now the Head of the Indo-German Focal Point, which aims to improve occupational safety and health in India with the support of the German Social Accident Insurance (DGUV).

Safety, Social Security and Skill Development Starts With Self – From Indian Perspective

Imagine a triangle: Safety at the top, Social Security and Skill Development at each side of its base. This is the basis for a productive and healthy worker and, therefore, for a prosperous India.

Sadly, the numbers speak for themselves: 4 deaths by road accidents every minute, 70% of the population without any social security coverage. As for Skill development, India is placed poorly at the bottom among 148 countries worldwide.

This presentation depicts why these 3 S (Safety, Social Security, Skill Development) are important for a developing country like India, with 93% of workers in the unorganized, informal sector.

The concept of safety goes far beyond Personal Protective Equipment (PPE). The onus of responsibility lies with the owner/ Board of Directors.

Social Security goes far beyond compensation and rehabilitation. It is more primary and promotive in nature to ensure early return to work.

Skill Development is not an expenditure, but to be seen as an investment for a skilled workforce to make a skilled India a reality.

The combination of the 3 S (Safety, Social Security, Skill Development) will ensure that “Make In India” and a skilled India will be a reality by 2020.

The vision of “zero accidentsand diseases at the workplace” is possible, provided the golden rules are followed.

It isthe attitude which is the constraint, not the funding, in order to achieve the 3 S(Safety, Social Security, Skill Development) in India.

With an objective to promote Safety, Health and Social Protection for workers and in the process of enterprises in India, Indo-German Focal Point for India- With strong support of DGUV and its affiliated organizations like BGBAU intends to bring good practices involving OSH.